The top thing to do and see in Phnom Penh city is Tuol Sleng genocidal or well known as Toul Sleng prison and S 21 it’s stand for Security 21, and the site was one of and the former of detention, interrogation and execution center in Phnom Penh the capital city of Cambodia, it was during of Pol Pot or Khmer Rouge, democratic kampuchea Regime was dominating the whole country of Cambodia, it was started from April 17 1975 till January 07 1979.

Early histories of the site, Toul Sleng was a bigger primary school within 5 complex buildings in the city of Phnom Penh before the army of Khmer Rouge occupied the whole country and then 1976, “one year later” it was converted to the biggest detention, tortured, interrogation and execution center across Cambodia.

Jan 07 1979 the whole country was liberated by a group of Cambodia troops and joined militaries team with neighbored countries, were Vietnam and Lao, then the regime named to people’s republic of Cambodia then years to years gone quickly changed to Kingdom of Cambodia, 1993 till now. 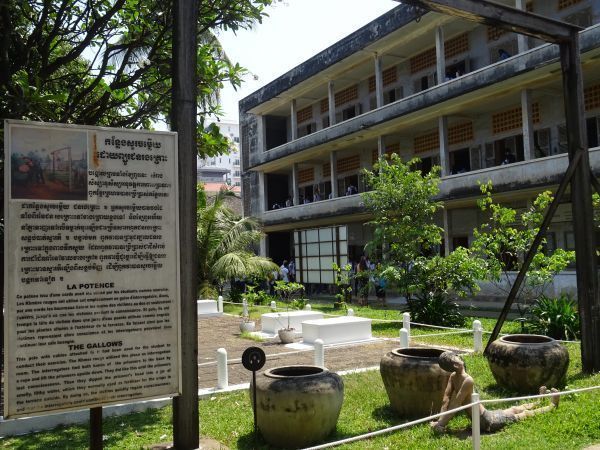 Nowadays, the site is the top visited tourist-sites in the city and then welcoming to worldwide visitors to have an good opportunity to learn the Cambodia’s tragedy past history.

If you would like to understand more about regime’s rules and management systems then let go to see the histories movies that shows everyday and every actual time, two times a day, morning is at 9.30am and afternoon is at 2.3o pm